Please be advised that this article deals with sexual abuse/assault of minors.
If you or someone you know has been a victim of this crime, call 800-656-HOPE for 24/7 help and support.

Prevention Education: Think of It as a Vaccine 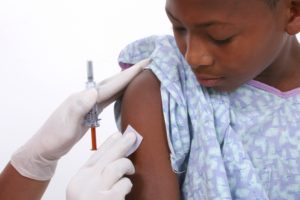 In the 1940’s and 50’s, polio was the disease most feared by parents and children alike. Thanks to Dr. Jonas Salk and his vaccine, polio (and now other diseases) are preventable. The immune system is given a taste of the virus and goes to work programming the body to resist it.

Similarly, when researching how sex offenders lure children and youth into abuse, our approach was also to go to the “germ” (sexual predators) and take from them the “virus” of their methods. With this invaluable information, we were inspired to create a vaccine of knowledge - the Think First & Stay Safe™ Adult Training and Youth Curriculum, which identifies specific Lures used by sex offenders. Its evidence-based prevention strategies can easily be injected into the intuitive & intellectual immune systems of adults and children. With this vaccine of proven prevention information, survival instincts encoded into our very DNA are fortified to resist such outward danger.

Congress appropriates billions of dollars to stockpile drugs and vaccines in the event of national emergencies, pandemic illness or bioterrorism. In the event of such emergencies and unthinkable situations, reserves exist to treat or inoculate military personnel, law enforcement, first responders, as well as the general public; a well-organized prevention program.

In comparison, little has been done to truly prevent the health epidemic of child sexual abuse. In 1982, the U.S. General Accounting Office reported to the Congress about “The Sexual Exploitation of Children - A Problem of Unknown Magnitude.” Ten years later, in 1992, the American Medical Association called the rape of women and children a “Violent Silent Epidemic.” Now, more than a quarter century later, that epidemic, untreated, has become pandemic.

The spread of this childhood plague is well documented. According to the Department of Justice, 1 in 9 girls and 1 in 53 boys under the age of 18 experience sexual abuse at the hands of an adult. This does not account for juveniles who use sexual offending behaviors on other children and teen dating violence, which account for up to 40% of all childhood sexual assault. Nor does it take into consideration that at least 65% of all sexual crimes are never reported, according to the FBI.

“Child sexual abuse is likely the most prevalent health problem children face, with the most serious array of consequences,” writes Catherine Townsend in her 2013 report, “Prevalence and Consequences of Child Sexual Abuse Compared with Other Childhood Experiences.” Indeed, any disease left untreated can fester into a chronic illness, and the chronic disease of childhood sexual abuse is no exception. Like cancer cells unchecked, it has spread into a significant social epidemic. The trauma sexual crimes impose on victims leaves them at far greater risk for learning disabilities, depression, self-harm, substance abuse, suicide, sex trafficking and violent crime, robbing far too many individuals of their full human potential.

As a nation, we must think of childhood sexual abuse as a preventable disease. Just as Dr. Salk’s vaccine virtually wiped out polio, so too can a nation’s resolve reduce the incidence of this plague against its children and teens. Collaboration between educators, parents and guardians, child advocates, the medical community, law enforcement and our communities-at-large can proactively protect our children before abuse ever happens.

Providing relevant, balanced and proven prevention strategies to families and children, like those in Child Lures Prevention/Teen Lures Prevention resources, increases awareness and knowledge of how to recognize, interrupt, stop and prevent these crimes.

Think of prevention education as a vaccine: teaching youngsters its prevention measures should be as routine as taking them for their scheduled immunization shots. It may be the most important thing you ever do for your child. The age-old adage, “An ounce of prevention is worth a pound of cure” was never more relevant.